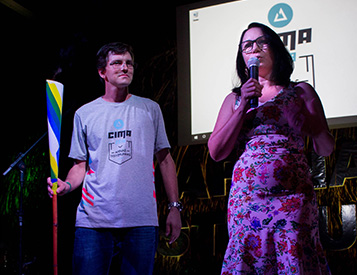 Yes it has been a long time since my last post and yes a lot of things have happened. So because there is a lot to talk about I decided to write two posts. This one will be mainly about CIMA and the next one I’ll talk about communication.

From the 20th to the 26th of January of 2018 we had our first CIMA in the northeastern part of Brazil. It was also my first CIMA in which I was the general coordinator. I’m really thankful to God for how this CIMA went. Even though we missed our participant goal by 4 people, we still had a great CIMA. A lot of the participants returned inspired and motivated to their home churches. We hope and pray now that it will not just be inspiration and motivation but that they can put into practice now what they have learned in their local church.

For me the most impressive thing was to see what my team did. Back in 2017 when I was the coordinator for the missions trips for the international CIMA in Costa Rica I didn’t have that big of a team and that big of a responsibility so a lot that had to be done was done by me. This was different this year. I depended completely on my team and without them I couldn’t of done it. I really could experience how the team carried me. Such an experience I never had before. At the end of the CIMA I was officially set as the representative and leader of MOVIDA in the regions North and Northeast of Brazil. This means that I have a team of volunteers with whom I now organize different events and represent MOVIDA in different events.

Now I has already been more than a month since the CIMA and slowly but sure I’m starting to plan the next CIMA for next year. We also have about 4 CIMA Days (one day of CIMA in the local church) in my regions planned. The first CIMA Day will be held in the neighbouring city of Teresina on the 25th and 26th of May.

The next thing that awaits me are two guys from Switzerland that are coming for about 3 weeks to help with some maintenance and smaller projects on our trainings facility, Rancho da Lua. I’ll be with them during the whole time and will be traveling with them at the end of their time here to the coast where we will enjoy a few days off before they travel back to Switzerland, and my first time off since CIMA.